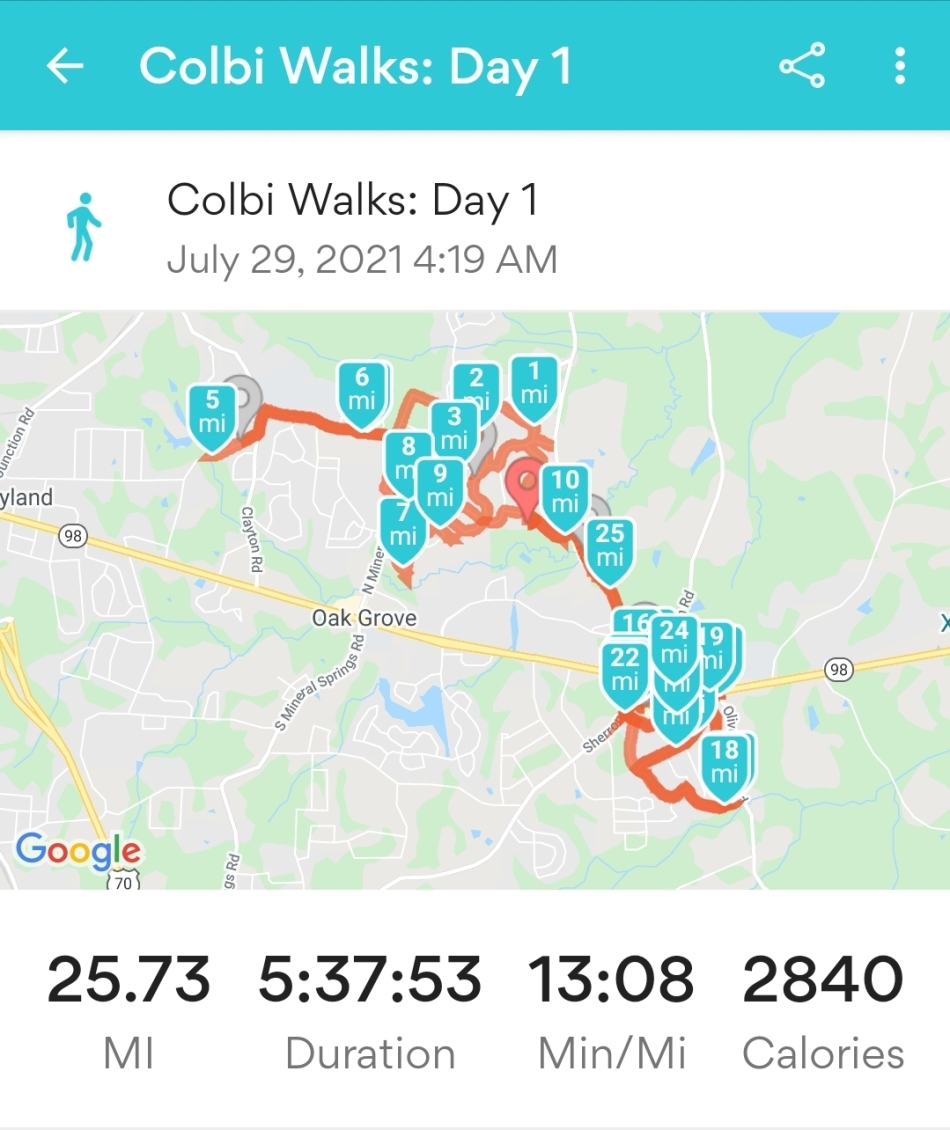 Hey y’all! This was Day 1… I was so close to leaving and starting the walk at 4 in the morning! I left about about a quarter after so it was all good. I saw the temperature was going to be in the 90s both Thursday and Friday, so I had to leave as early as I could. I didn’t have any Celsius energy drinks this time so I decided to try something different. (Which I will share in “The Fuel” post.) Once outside, I tried to appreciate the coolness for as long as I could before setting off. The beginning of the first 10 miles was so dark at some parts that I had to use my flashlight. At one point there was a dog that was running toward me and I couldn’t tell it had a leash on! Despite all of that, the first 10 miles was great. Pace was good. I got some running in here and there, and didn’t lose momentum when stopping. Shoes are still holding up nicely. The second 10 miles was where my right leg started having slight issues. It is the leg with several injuries that occurred years ago and they were all acting up. I had to take several breaks to soothe the areas. It was probably for the best that I didn’t do the full walk today. The final 5 miles was a blur, minus the sweat. 😫 I managed to complete 25.83 miles before 11 in the morning. Which left less than 10 miles to finish on Friday! On to Day 2!