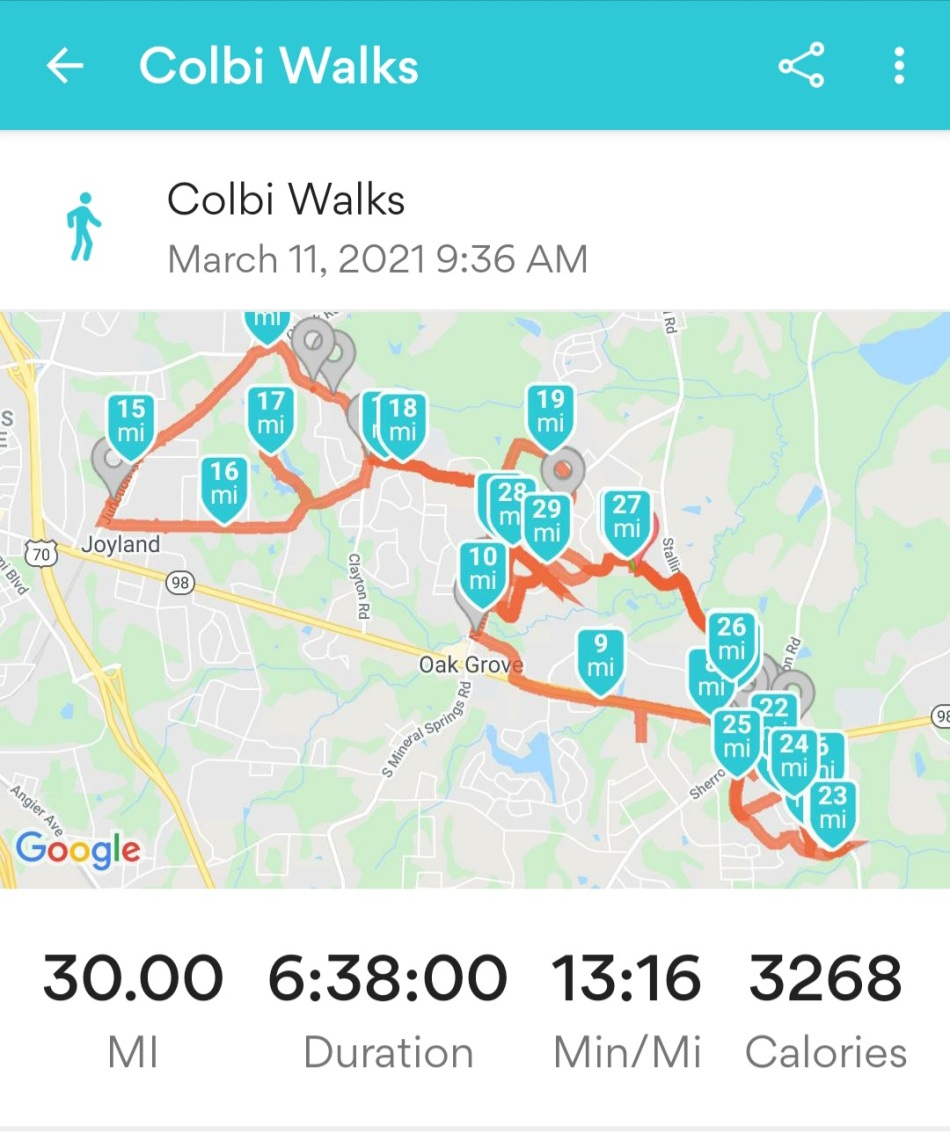 Happy #WalkForever Thursday, y’all! Being out in this sun so much is giving me such a tan! Goodness! Training update is as follows… SO, I WOKE UP AT ABOUT A QUARTER TO 9. I LITERALLY KEPT CHECKING THE TEMPERATURE TO SEE WHEN IT WAS CLOSE TO, OR ALREADY IN, THE 60S. I wanted to be sure to get out as early as possible so that I wouldn’t stay out too late. I recently purchased the chocolate version of the protein 4-pack that I discovered at my local supermarket. (It is actually not bad. I may post a picture of it and personal opinion as a part 2 to this.) I drank half of one of those, along with a couple pieces of buttered toast to get me going. And it did just that, I was surprised at the amount of energy for the first 6-8 miles. I am still sticking with not venturing too far from the neighborhood, but one thing I did try today was jogging and running here and there. One thing about all of this walking, is that I’m hoping it will also help condition my legs to be comfortable with running long distances. But even with these small jogs here and there today, I felt my body getting tired much quicker than usual and the last 10 miles of the walk took more effort than I thought it would. Also, despite those spurts, I still ended up finishing around the same time I have for the past three sessions. To be fair, I haven’t been training twice a week as I’ve been doing for the past few months so that could be a factor. I will have to see how next week’s sessions go, including Lumber Bootcamp. As always, I appreciate y’all following this fitness journey. I hope everyone never stops moving and moving. 🙂